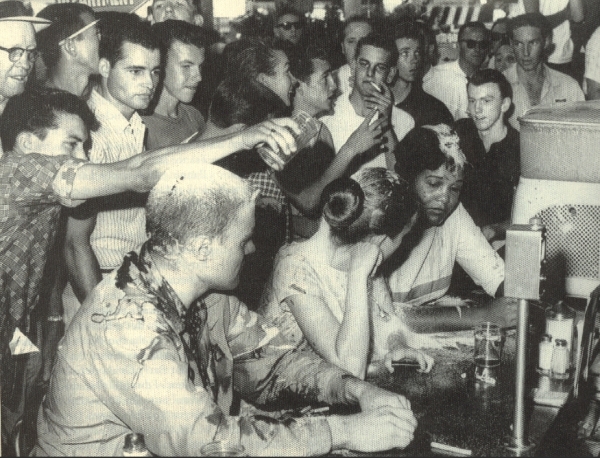 Sacrifice is a collective value typically esteemed in social movements (as well as in human societies), one that can profoundly benefit movements (and societies). Personal sacrifice can be a dramatic expression of collective values, such as sharing, solidarity, and mutual aid. A movement participant’s willingness to make a personal sacrifice or take a personal risk speaks profoundly to the world we are trying to build – one in which individuals are willing to give of themselves for the good of the whole. And the value of sacrifice is not only expressive (of values). It’s also a practical necessity. To succeed, movements need a lot of time and energy; we need folks who are willing to give up other parts of their lives—and to sometimes endure hardship—if we’re to build our collective capacity to make change.

However, there can be downsides to sacrifice as well. Half of the concept of sacrifice is cost; the other half is some greater benefit (group benefit, future benefit, etc.). So, sacrifice for its own sake—sacrifice that only expresses and reinforces the group culture, without benefit to the group’s external goals (or to its capacity to achieve future goals)—can hardly be counted as a good. Giving up one’s time, safety, or freedom for a cause should be tied to at least an educated bet that the sacrifice will help the cause succeed.

In my post when ritual replaces strategy, I discussed an action-planning meeting, where risk and levels of risk were repeatedly emphasized: “The levels were represented by color codes, safest to riskiest: green, orange, red. The large group later split into smaller planning groups corresponding with these color codes.” I wrote that, “This emphasis on risk is important as it relates to a ritualistic hierarchy of sacrificial behavior — and the difficulty of honestly critiquing this group pattern from within the group.” I said that I would save elaboration on this point for a future post. This would be that post.

I used to be part of a network of activists who gathered several times a year for reflection and protest against militarism and other social injustices. This group was part of what is known as the plowshares movement: activists who hammer on military machinery (missile silos, fighter jets, etc.) to symbolically convert “swords into plowshares”, as referred to by Isaiah in the Bible. The first plowshares action was in 1980 in King of Prussia, Pennsylvania, where eight activists—including Daniel and Philip Berrigan, the radical Catholic priest brothers who raided draft boards, burning the files in the late 1960s—entered General Electric with household hammers to destroy nosecones of nuclear weapons. This action happened in the context of numerous anti-nuclear campaigns and a growing anti-nuclear consciousness in the United States. Since then many plowshares actions have been carried out around the world, but mostly in the United States. Cumulatively, plowshares activists have served decades of prison time, with individual sentences ranging from probation to over ten years. This is a group where sacrifice and risk clearly play a big part in the group. END_OF_DOCUMENT_TOKEN_TO_BE_REPLACED

Error: Twitter did not respond. Please wait a few minutes and refresh this page.